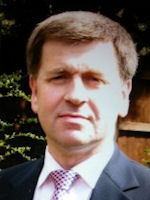 
Rings in the Bible - A series of 9 sermons by David Earnshaw of Inskip Baptist Church.
Sermon 6 is titled "Judah and the ring of Ambivalence" preached on 28/Jun/2020.
Sermons will be uploaded onto the website on a Tuesday after today for the next 3 weeks.

Download
About David Earnshaw: “David Earnshaw was born in Blackburn, Lancashire. He was brought up by Christian parents, and is the fourth in a family of six children. At the age of fourteen he became a Christian. God called David to the Christian Ministry, and he was led to the South Wales Baptist College at Cardiff. In 1984 David married Jane, a teacher from Pontypridd, and a year later they moved together to Swansea where David was Pastor at Townhill Baptist Church for ten years. In 1995 David received a call to pastor a church in Wiltshire where he remained in position until 2008. He has been an itinerant preacher and conference speaker ever since but has now accepted a call from Inskip Baptist to be their Pastor. David’s chief desire is to teach God’s Word – to preach through the Bible from “Genesis to Revelation”. As for hobbies, David is very enthusiastic about trees, shrubs and herbaceous plants; fell walking is another good pastime.